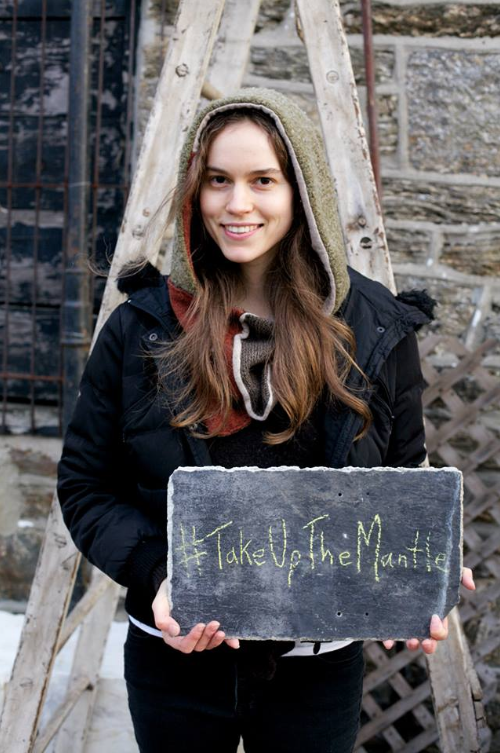 Icebox Knitting partnered with Avi Fox (Pictured left) in 2014 to help launch a KickStarter program.  Avi had been making “Janey” Mantles for a number of years using upcycled sweaters to make the one-off creations.  But needed a consistent formula to offer the masses that still capture the essence of the Janey Mantle.  After meeting with Scott Baker from Icebox Avi realized she had found the right place!

Icebox helped narrow yarn choices by content and production location.  After a few months 100% Alpaca was the winner!  Visually a beautiful yarn with absolute gorgeous hand feel and the backstory of indigenous peoples in Arequipa is absolutely perfectly matched to Avi and Wild Mantles ethos.

The initial sampling process took just under 3 months to select yarn and test it on the antique knitting machines at Icebox.  The finial approved knitting pattern takes an additional time to hand manipulate each Wild Mantle.

Icebox has many years experience in working with stretch material and being one of the original pioneers in putting fleece headband liners into knit beanies they were up for the challenge. Challenge which is simple enough as long as you have about 20 years of sewing experience!

After a successful KickStarter program Icebox knit out all the 265 Mantles order including shipping each one to the individual backer.  Something Avi dreaded doing but was super excited to learn Icebox also operates as a distribution center with packaging, tagging, storage and shipping services.  Woohoo!