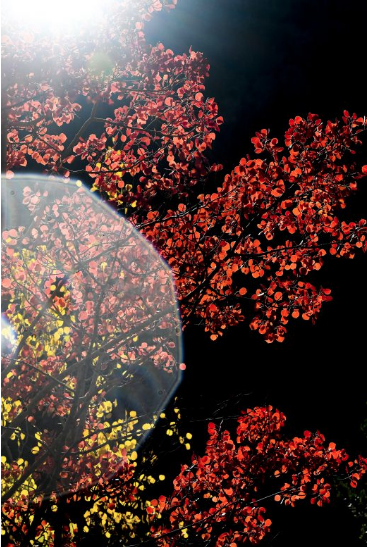 2018 is a great year for the Aspen leaf color display. Hot days and cold night allow for an explosion of color. At 8500 feet our current daytime is 79° with nighttime lows dipping into the 40’s. Technically the “color explosion” is due to the chlorophyll has disappeared and the Carotene persists

“Trees start shutting down at the end of the season,” explained Jeff Underhill, associate director of science and data for the Colorado State Forest Service. “They stop producing chlorophyll, which is the food. Chlorophyll filters light in a certain way where they appear green. Once that shuts down, the leaves start appearing yellow. They’re no longer absorbing bands of light that give the leaves the green appearance.”1 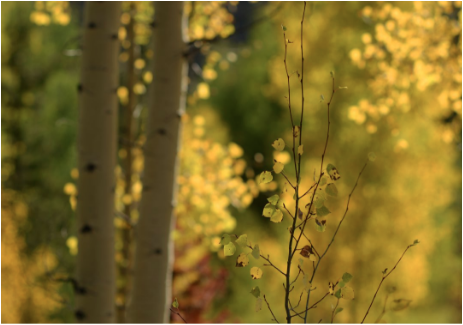 2017 and for the most part so far for 2018 Colorado has been in somewhat of drought conditions.  The current dry conditions has triggered the Aspen to change earlier and the color display will end sooner.  Last weekend was good, this weekend will be the peak and basically the show will be over with in 2 weeks!

Sunshine is but one of many factors.

“A drier summer with some periodic moisture often results in more vibrant fall colors,” said Kyle Patterson, spokeswoman for Rocky Mountain National Park. “Certainly the cooler days we have had in the last week are probably contributing as well to the early color changes that visitors are noticing.”

With the varying weather patterns he’s tracked across Colorado, West said, displays “could be a mixed bag.”2 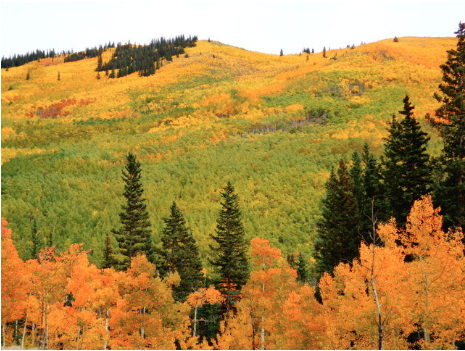 “It looks like we should see our peak color just a few days ahead of schedule this year. The best color over the northern mountains should be from September 5th to the 15th. The central mountains will be about five days behind, with the southern mountain areas rounding out the last days of the month and the first few days of October.Perhaps the most appealing part of autumn is the gold found in the mountains each year. Not the gold sought by prospectors over a century ago, but rather the gilded glory of Colorado’s famous aspen trees.” Mike Nelson, local KMGH TV news Acnhor 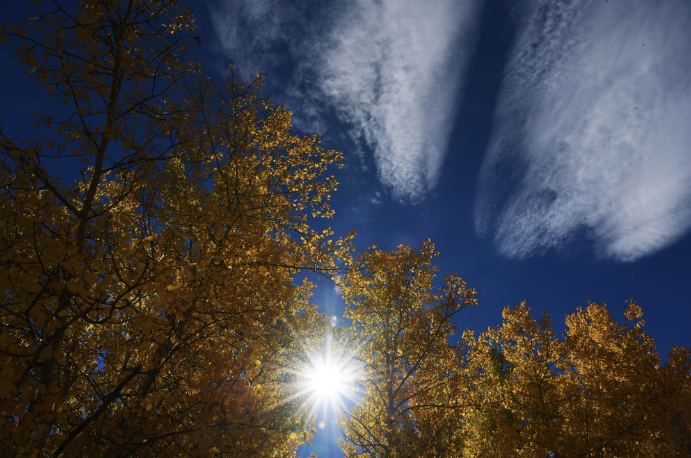 Usually the first signs of aspen gold begin in mid-to-late August over the higher forests of central and northern Colorado. By the second and third week of September, many aspen groves are well worth a day’s drive. Usually the peak time to view aspen is around the last weekend of September. After that, early snows will knock down the leaves and others drop away by themselves. 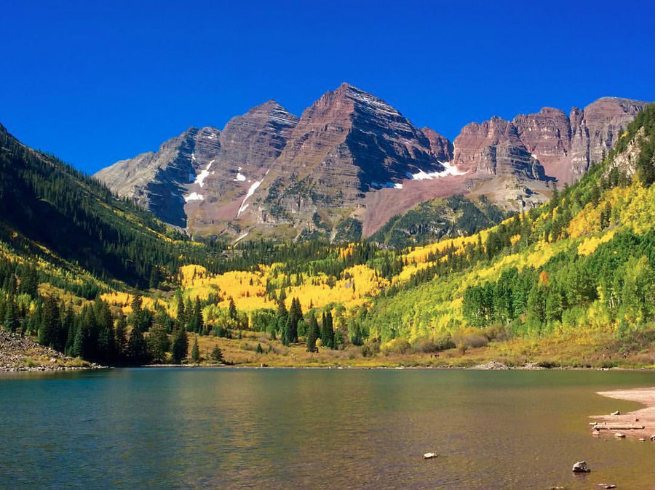 Maroon Bells in Aspen, CO in the fall